The University Library has licensed the film portal filmfriend for you. As a member of the University of Mannheim, you have unlimited online access to all films, free of charge and without advertising: film classics, international arthouse cinema, genre films, feature films and documentaries, series and short films – with over 3,500 titles, mostly in original version, the streaming portal offers you a broad and professionally curated selection.

The film selection is editorially supervised and changes. About 30 new films are added every month. You can search for the film titles on filmfriend or via the Primo Catalog.

For advice on access, please read the Information on Using E-Books and Databases.

For streaming mobile devices, desktop browsers and smart TVs can be used. Please note the information on filmfriend.

We are a member of the Netzwerk Mediatheken, a network of multimedia resource centers.

To view the entire DVD collection, use the “Advanced search“, choose the option “Library Section” in the drop-down menu and enter “medio“. 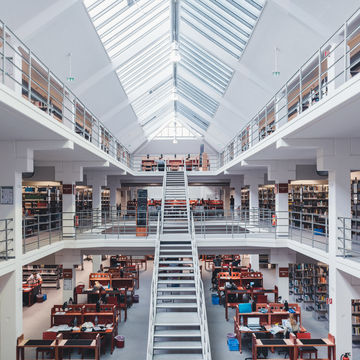 Chat Mon–Fri 10–6
In order to improve performance and enhance the user experience for the visitors to our website, we use cookies and store anonymous usage data. For more information please read our privacy policy.
Allow
Reject